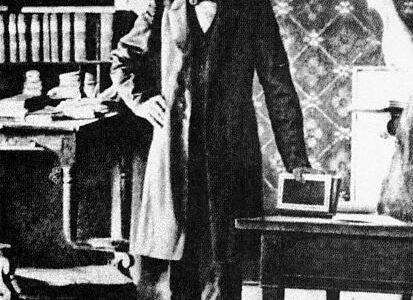 First published in 1911, The Photographs of Abraham Lincoln was privately printed by Frederick Hill Meserve (1865–1963), the preeminent historian of the photographs of Abraham Lincoln. It was a groundbreaking look at the then-known photographs of the sixteenth president of the United States, who was the first president to be photographed while in office. In the decades that followed, Meserve made new discoveries and updated the information that was known about each image. He published an expanded edition in 1944, collaborating with Lincoln biographer Carl Sandburg. This new work, published on the 150th anniversary of Lincoln’s death, includes 114 portraits. Here is Lincoln’s striking face, photographed over a span of twenty years (1846–1865). Published with the Meserve-Kunhardt Foundation, it reflects not only Meserve’s pioneering research, but the work of the many Lincoln scholars that followed in his footsteps and the work of five generations of Meserve’s family who have advanced his scholarship. It is an essential collection of the portraits of Abraham Lincoln. Co-published with the Meserve-Kunhardt Foundation.